Back in July, I took an amazing trip to attend the red carpet premier of Christopher Robin in Los Angeles.  While I was there, I spent a day learning all about Ralph Breaks the Internet.  Little did I know what an amazing experience that would turn out to be.  Ralph Breaks the Internet is an amazing film, but a huge part of it is Oh My Disney Dot Com and the Disney Princesses.  When I say a huge part of it the film, I don’t mean like how long the Oh My Disney Dot Com portion is, but more how important it is.  Relative to the length of the film, Oh My Disney Dot Com doesn’t take up a lot of time, but oh my goodness; the time it takes is so much fun! 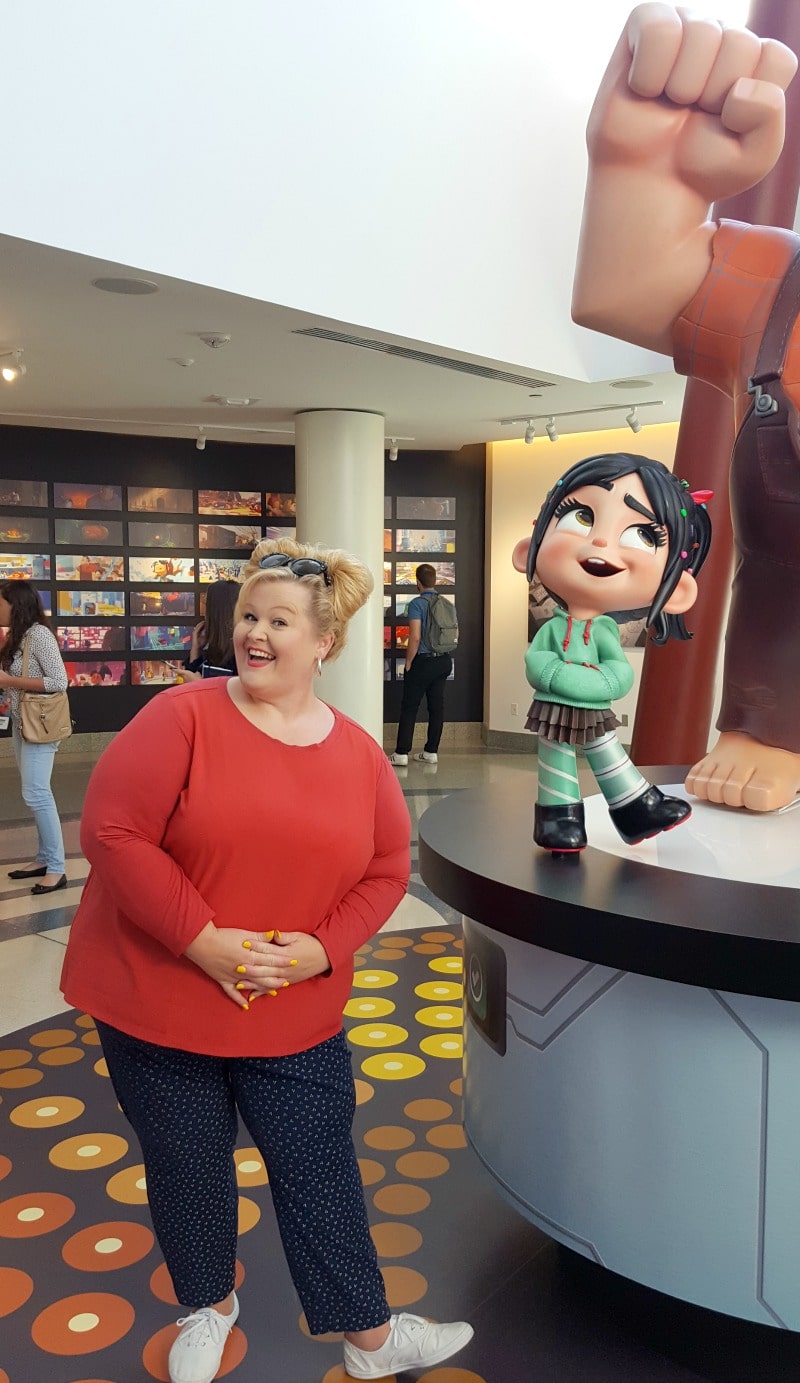 We had the chance to sit down with Co-writer Pamela Ribon who discussed the inspiration for the scene, and Ami Thompson (Art Director, characters) and Kira Lehtomaki (Head of Animation) who presented the work that went into bringing these beloved characters into the world of the internet.  We were going to get to hear all about the inspiration for this scene as well as how it came to be and fit right in with Ralph Breaks The Internet!

When we walked into the room with these three powerhouse women, the energy was palpable.  You could feel the passion and electricity that was overflowing from them when they talked about Oh My Disney Dot Com and having all of the Disney Princesses together for this scene!  These women, especially Pamela Ribon, spoke with such enthusiasm when she talked about the princesses.  Pamela talked about her time working on Moana and various other projects with Disney, but none gave her that sparkle in her eyes like when she was talking about Oh My Disney Dot com.  It is obvious this is a work of heart for her and one that comes from a place of powerful emotions!

Tell Me A Story

The stories about the ambitious idea of getting all of the Disney Princesses together; not just animated princesses on the big screen, but getting all of the women who have voiced all of the Disney Princesses over the years.  This seemed like a crazy endeavor that has come to life in Ralph Breaks The Internet.  Now, they needed to decide if Vanellope von Schweetz was even a princess.  Is she a princess?  What kind of a princess is she?  How will she dress?  Does she need to change clothes?  There were so many questions that needed to be answered.  You have to go see Ralph Breaks The Internet to see how it all comes together.

Just Hanging Out With The Princesses

There was a lot of talk about where the princesses hang out.  What do they eat?  What do they play?  Most importantly, what do they wear when they are just hanging out with their friends?  Pajamas, jeans and t-shirts, hoodies and leggings, and their formal princess attire were all still on the table as ideas of how the Disney Princesses should look when they are hanging out just being royal teens.  Their dress was especially nerve racking  because it is such a huge part of who the princesses are. About Ralph Breaks The Internet:

Video-game bad guy Ralph (voice of John C. Reilly) and best friend Vanellope von Schweetz (voice of Sarah Silverman) leave the comforts of Litwak’s arcade in an attempt to save her game, Sugar Rush. Their quest takes them to the vast, uncharted world of the internet where they rely on the citizens of the internet—the Netizens—to help navigate their way. Lending a virtual hand are Yesss (voice of Taraji P. Henson), the head algorithm and the heart and soul of the trend-making site “BuzzzTube,” and Shank (voice of Gal Gadot), a tough-as-nails driver from a gritty online auto-racing game called Slaughter Race, a place Vanellope wholeheartedly embraces—so much so that Ralph worries he may lose the only friend he’s ever had. Directed by Rich Moore (“Zootopia,” “Wreck-It Ralph”) and Phil Johnston (co-writer “Wreck-It Ralph,” “Zootopia,” writer, “Cedar Rapids”), and produced by Clark Spencer (“Zootopia,” “Wreck-It Ralph,” “Bolt,” “Lilo & Stitch”), “Ralph Breaks the Internet” hits theaters on Nov. 21, 2018. 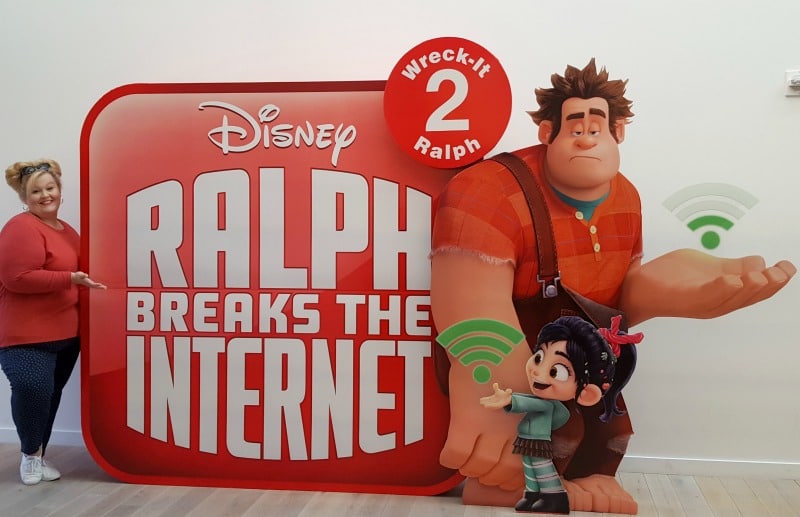 RALPH BREAKS THE INTERNET will be open in theaters everywhere tomorrow, November 21!