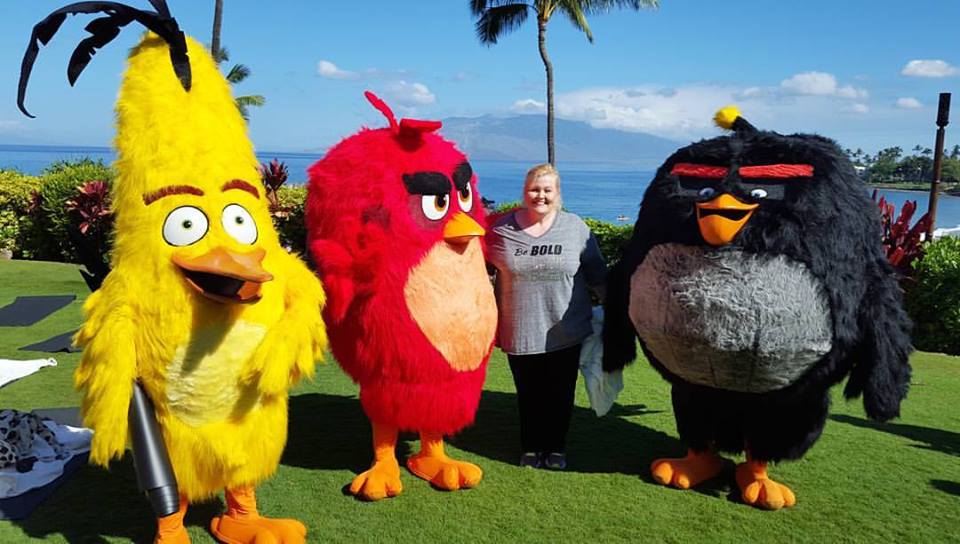 In the 3D animated comedy, The Angry Birds Movie, we’ll finally find out why the birds are so angry.  The movie takes us to an island populated entirely by happy, flightless birds – or almost entirely.  In this paradise, Red (Jason Sudeikis, We’re the Millers, Horrible Bosses), a bird with a temper problem, speedy Chuck (Josh Gad in his first animated role since Frozen), and the volatile Bomb (Danny McBride, This is the End, Eastbound and Down) have always been outsiders.  But when the island is visited by mysterious green piggies, it’s up to these unlikely outcasts to figure out what the pigs are up to. Featuring a hilarious, all-star voice cast that includes Maya Rudolph (Bridesmaids, Sisters), Bill Hader (Trainwreck, Inside Out), and Peter Dinklage (Game of Thrones), as well as Keegan-Michael Key (Key & Peele), Kate McKinnon (Saturday Night Live, Ghostbusters), Tony Hale (Veep, Arrested Development), Hannibal Buress (Daddy’s Home, Broad City), Ike Barinholtz (Neighbors, Sisters), Tituss Burgess (Unbreakable Kimmy Schmidt), Jillian Bell (22 Jump Street), Danielle Brooks (Orange is the New Black), Latin music sensation Romeo Santos, YouTube stars Smosh (Ian Hecox and Anthony Padilla), and country music superstar Blake Shelton, who co-writes and performs the original song “Friends,” the Columbia Pictures/Rovio Entertainment film is directed by Fergal Reilly and Clay Kaytis and produced by John Cohen and Catherine Winder.  The screenplay is by Jon Vitti, from a story by Mikael Hed & Mikko Pöllä & John Cohen and the film is executive produced by Mikael Hed and David Maisel.

Disclaimer: No purchase is necessary to enter. Void where prohibited by law. The odds of winning are based on the number of entries received Open to US 18+ only. Confirmed Winner(s) (by Random.org) will be contacted by email. Winner(s) have 12 hours to respond before a new winner is chosen. No purchase necessary. Void where prohibited by law.  Sly Fox will be responsible for product shipment to winner(s) of this giveaway. Acadiana’s Thrifty Mom is not responsible for product shipment/delivery. This event is in no way administered, sponsored, or endorsed by, or associated with, Facebook and/or Twitter, Google, Pinterest. This disclosure is done in accordance with the Federal Trade Commission 10 CFR, Part 255 Guides Concerning the Use of Endorsements and Testimonials in Advertising.