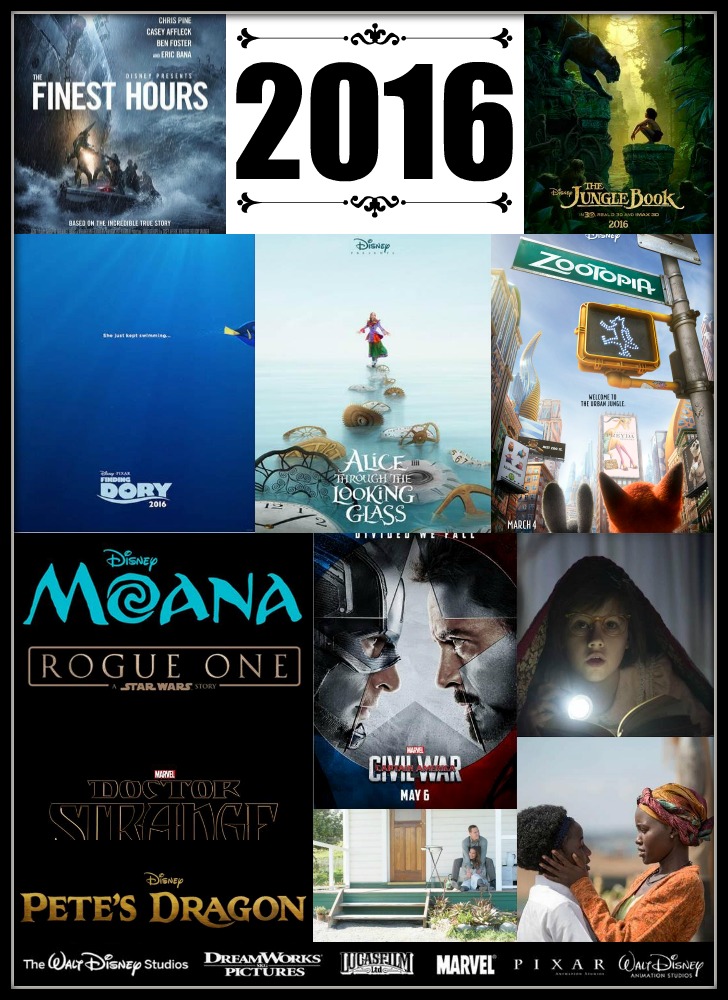 Oh my goodness! The 2016 release schedule from Walt Disney Studios Motion Pictures is out! It’s going to be an amazing year at the movies! So far, there have 13 movies being released in this year.  2015 was unbelievable and it is hard for me to imagine that this year could compare, but it sure it looking like it is going to give last year a run for its money! It is tough, but I’m pretty sure Alice Through The Looking Glass is going to take the cake for me in 2016, although Zootopia will definitely run a close second along with The Finest Hours, Captain America: Civil War, The BFG, and OH MY GOODNESS THE JUNGLE BOOK! Yes, I really am that excited about Disney and 2016. It is going to be a fantastic year!