Nestled between the Ohio, Allegheny and Monongahela rivers is the city of Pittsburgh, Pennsylvania, a modest metropolis that is home to over 305,000 people. What was once the poster boy of the dirty industrial revolution is rapidly becoming the face of the clean green evolution. With environmental building initiatives, increasingly bike-friendly neighborhoods and a burgeoning local food culture, there’s something for everyone in the Iron City.

Not only is Pittsburgh home to over 60 LEED-certified buildings (LEED being Leadership in Energy & Environmental Design), it also boasts 10 of the world’s first LEED buildings within its limits. Hotels in Pittsburgh are no exception, as even the fairly new Fairmont Pittsburgh is the pinnacle of environmental design. With energy-efficient lighting, responsible waste management and recycled materials used throughout, it’s a great vision for the city. Pittsburgh also has an incredible, modern convention center, located right across the street from the popular Westin Hotel. The David L. Lawrence Convention Center is also certified LEED (at the gold standard, no less), and is the largest green building in the entire country. Pittsburgh obviously likes to be on the cutting edge these days; it has the first LEED-certified food bank, children’s museum, university dormitory, financial institution and more. Steel mills, move over!

I Want to Ride My Bicycle

Over the past several years, many initiatives have sprung up around making Pittsburgh a bike-friendly city. Its current mayor, Bill Peduto, has even jumped on board and supported the creation of designated, protected bike lanes all throughout the city. Local nonprofit BikePGH continuously advocates for safer streets and riders, and offers bike maps, cycling classes and more. The agency also works to certify organizations as Bike Friendly Businesses, meaning they use biking to build an active and healthy workplace culture. In fact, Pittsburgh is tied with Boise, Idaho for the most bike-friendly businesses to date! One bike-friendly business is The Priory Hotel, which offers bike racks in its courtyard and is easily accessible by two wheels. Finally, with 25 miles of off-road bike trails, Pittsburgh may just be turning into a biker’s paradise.

Remember the Fairmont Pittsburgh, with all its green amenities? Well, it also has a restaurant on its ground floor, Habitat that focuses on providing international cuisine made with local ingredients sourced within 100 miles of the city. It is one of nine farm-to-table style restaurants in Pittsburgh. Legume, a seasonal restaurant minutes from the Oakland neighborhood’s Residence Inn, prides itself on using locally-sourced ingredients and organic meat. Downtown, home to the historic Omni William Penn Hotel, also has Six Penn Kitchen, a restaurant that sources produce and ingredients from local farms. Finding local produce really isn’t that hard in Pittsburgh either, with community gardens, CSAs and Farmer’s Markets all throughout the city and the surrounding suburbs.

Pittsburgh used to be a steel town. While some of its neighborhoods still exist against a backdrop of abandoned mills and furnaces, it is using a new, green attitude to shake off the smog of its original heyday and welcome in a new era, one of environmental sustainability, bike-friendly streets and delicious local cuisine. With restaurants, businesses and even Pittsburgh hotels going green, it’s easy to see why Pittsburgh is frequently lauded as America’s Most Livable City. Ways To Save On Back To School Uniforms 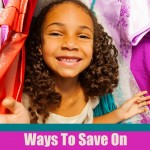 Ways To Save On Kids Back To School Clothes #BackToSchool