Production Has Begun on Maleficent II with Angelina Jolie and Elle Fanning Reprising Their Roles! Well, well….this is just the news I needed to close out May! May has been a great month and this just makes it that much better.

Who is ready for more of Amazing Angelina?! Production is underway on Maleficent II with Angelina Jolie and Elle Fanning reprising their roles from the worldwide Box Office Hit! Michelle Pfeiffer, Chiwetel Ejiofor, Ed Skrein, Robert Lindsay & Harris Dickinson join the cast of the fantasy adventure directed by Joachim Rønning. This is going to be a fan-freaking-tastic movie! There is not a release date yet, which makes this that much more exciting! There is one more thing we can anticipate and speculate on.

What we do know about Maleficent II:

Production has begun on “Maleficent II,” a sequel to the 2014 global box office hit “Maleficent,” at Pinewood Studios and on locations throughout the U.K.. Oscar® and three-time Golden Globe® winner Angelina Jolie (“Girl, Interrupted,” “Wanted”) and Elle Fanning (“The Beguiled,” “Super 8”) reprise their roles as the dark fairy Maleficent and Princess Aurora, respectively, two characters from the studio’s animated classic “Sleeping Beauty,” whose untold story was brought to life on screen in “Maleficent.”

“Maleficent II” is directed by Joachim Rønning (“Pirates of the Caribbean: Dead Men Tell No Tales,” “Kon-Tiki”) and written by Linda Woolverton (“Alice in Wonderland,” “Beauty and the Beast”) and Micah Fitzerman-Blue & Noah Harpster (“Transparent”). The producers are Joe Roth (“Alice through the Looking Glass,” “Oz the Great and Powerful,” “Maleficent”) and Angelina Jolie.

A fantasy adventure that picks up several years after “Maleficent,” in which audiences learned of the events that hardened the heart of Disney’s most notorious villain and drove her to curse a baby Princess Aurora, “Maleficent II” continues to explore the complex relationship between the horned fairy and the soon to be Queen, as they form new alliances and face new adversaries in their struggle to protect the moors and the magical creatures that reside within.

If you enjoyed this post, be sure to check out these other great posts from Acadiana’s Thrifty Mom: 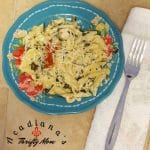 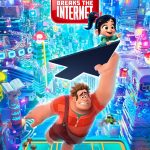