New Poster Trailer And Images FROZEN 2 Have Just Been Revealed!  WOW!  I have goosebumps!  A new trailer was revealed this morning for Walt Disney Animation Studios’ “Frozen 2,” is giving us a look at the dramatic journey Elsa and Anna take into the unknown. 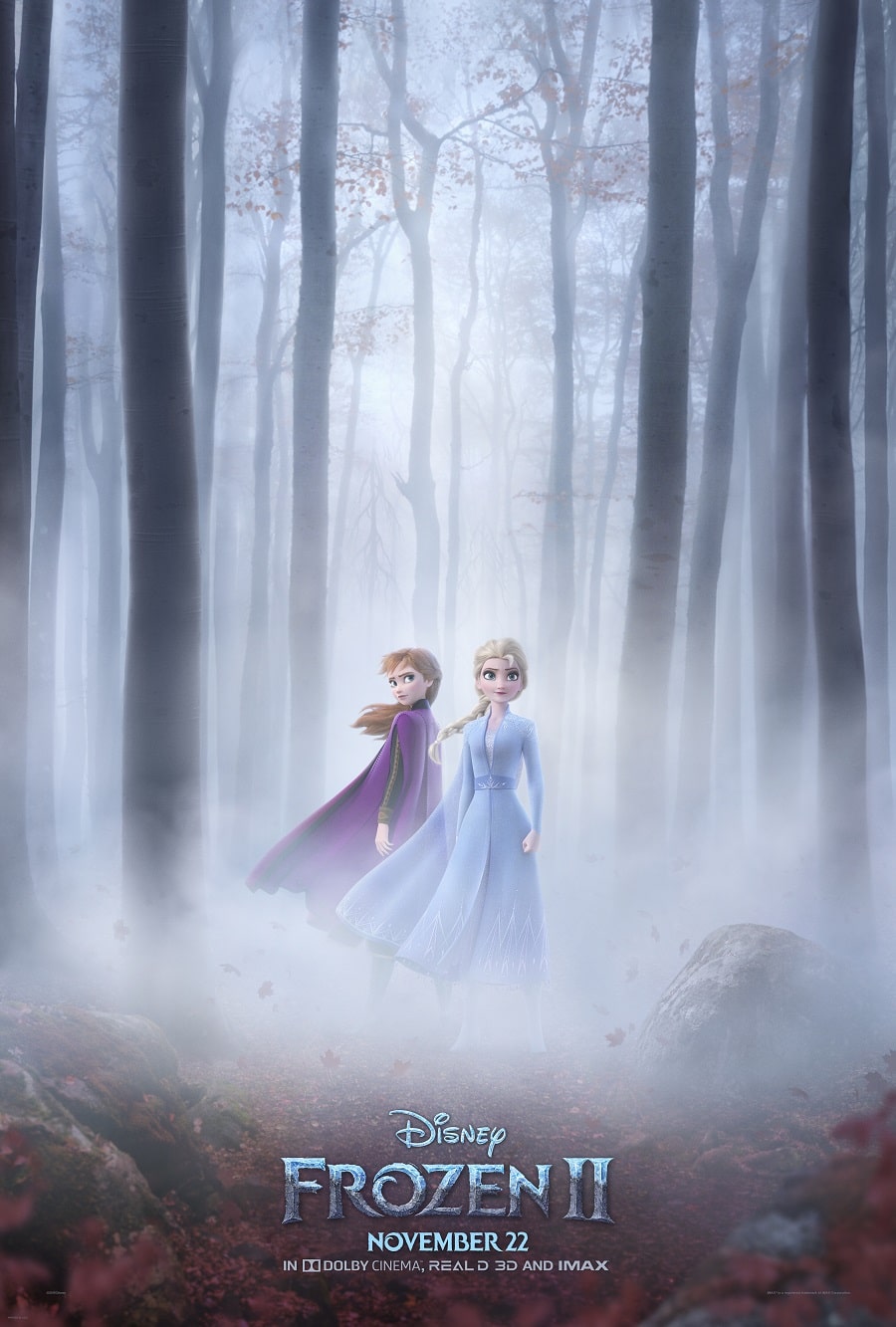 This is going to be the most magical film in years.  I can already see that the emotions are running deep and we are going to understand so much more about Elsa and Anna, than could ever have been imagined.  From the Academy Award®-winning team—directors Jennifer Lee and Chris Buck, producer Peter Del Vecho and songwriters Kristen Anderson-Lopez and Robert Lopez—and featuring the voices of Idina Menzel, Kristen Bell, Jonathan Groff and Josh Gad, “Frozen 2” opens in U.S. theaters on Nov. 22, 2019.

Why was Elsa born with magical powers? The answer is calling her and threatening her kingdom. Together with Anna, Kristoff, Olaf and Sven, she’ll set out on a dangerous but remarkable journey. In “Frozen,” Elsa feared her powers were too much for the world. In “Frozen 2,” she must hope they are enough.