My HILARIOUS Interview With Anthony Mackie AKA The Falcon #CaptainAmericaEvent

My HILARIOUS Interview With Anthony Mackie AKA The Falcon

My HILARIOUS Interview With Anthony Mackie AKA The Falcon.  Have you seen Anthony Mackie in his role as The Falcon in Captain America The Winter Soldier yet? Mackie does an amazing job in his role in this movie. Of course, I’m a little partial, since he is a New Orleans native. I wish I had the audio of this interview to share. Listening to him talk and watching his very expressive behavior reminded me of a perfected Eddie Murphy and Will Smith. He is so funny, witty, and charismatic. 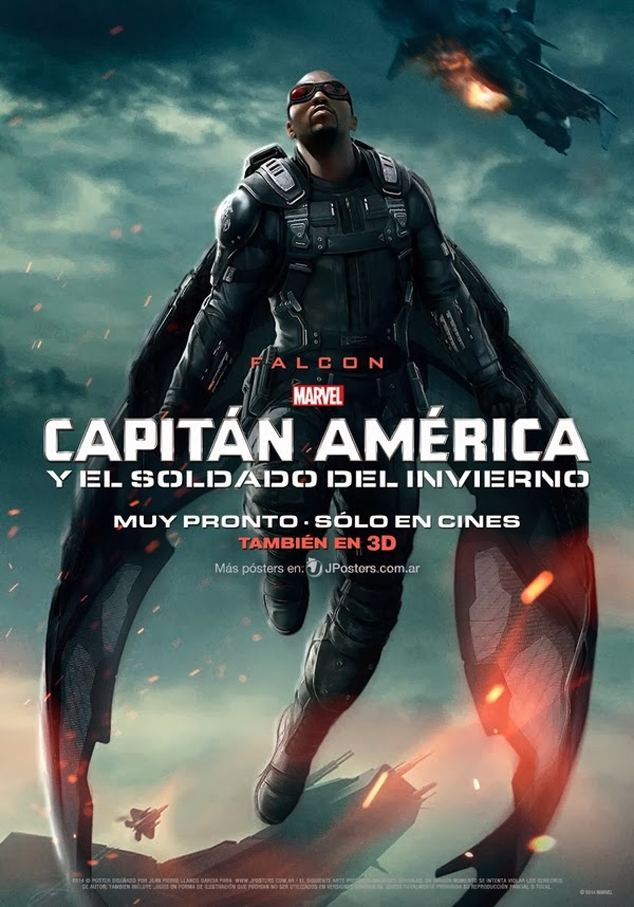 Of course I, as a mother, just kept thinking:  “His mother must be so proud of him!”  When he tells the story about his sister seeing his poster in Michael’s; I felt like I was there, feeling proud of my brother, the way she must have felt.  He definitely has an amazing gift for story-telling which comes through in his acting.  Anthony Mackie is the biggest reason I am excited for my children to see Captain America.  Of course it is an amazing, action-packed movie, but giving my children the opportunity to see an amazing African-American actor in a positive movie role makes me a little more excited to take them 😀 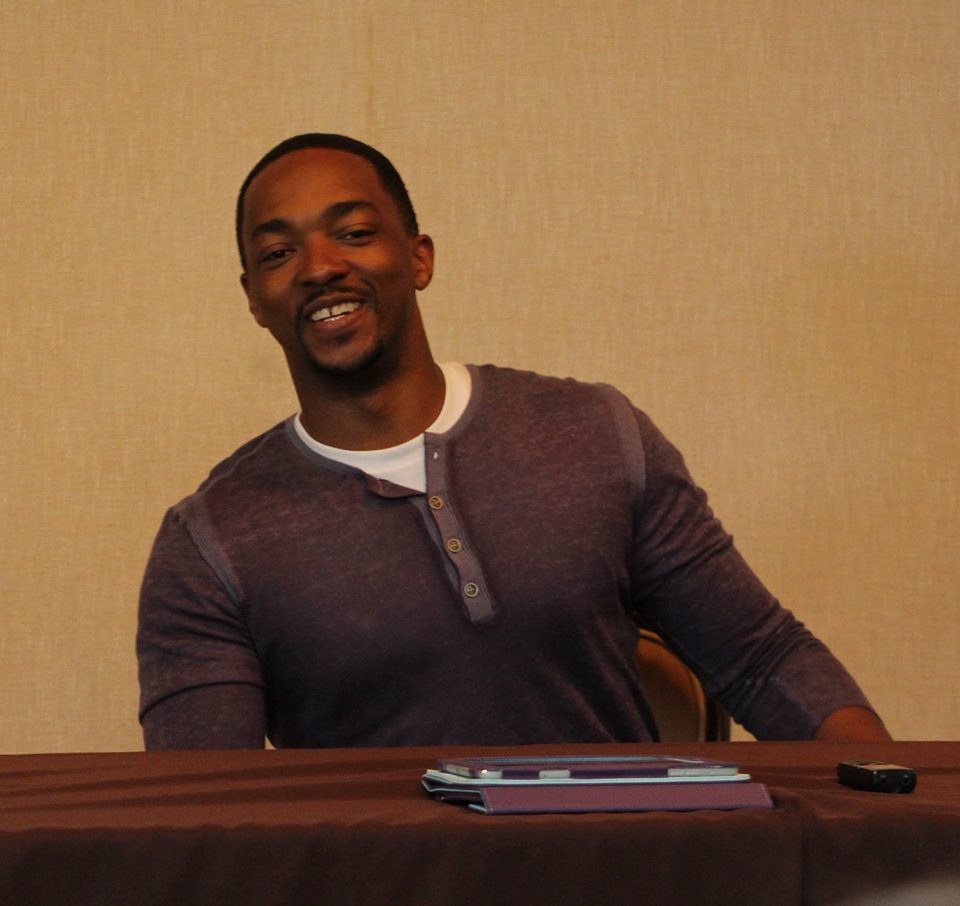 When Anthony Mackie was asked about his costume for Captain America Winter Soldier:

“It was no fun. Uh, it was the hardest working actors in Hollywood are flying superheroes. I said it, I don’t care what Thor says with his hammer. I don’t care what Wolverine — I don’t — if you fly, it sucks. And, uh, you know, it’s just the simple stuff.

We had a I loved my costume, I loved everything about it. I love doing stunts. I have the best stuntman in the business. We’ve done like five movies together. And literally it’s like that Daffy Duck, Bugs Bunny cartoon, where like the missile is coming and Daffy’s — Bugs Bunny’s like paused – puts Daffy in. And he just takes the brunt of every hit for me. And I love it. There’s nothing natural about flying, to humans. Like, there’s nothing we do that’s like flying. You know, so my first day on set I walk in, I’m like, “What’s up, yo. Falcon in the building, what’s up?” Right.

And uh, so I get up on like a 60 foot platform. And I’m like, all right, let’s do this. You know, brother in the building. And they said, “All right, stand on the edge of the platform, there’s a jet coming at you. We want you to stand up, turn around, shoot your guns and jump back backwards head first, into this mat.” From 60 feet in the air. And I’m like, Ohhhhhhh! Whoa! The first day is usually like walking down a hallway, or like eating or something. You know, just to break you in. Not jumping off the platform to your death.

So you know, once we did that, in a scolding heat of the day, uh, I kinda knew what I was in for. Uh, and it just got worse from there. It was, it was really painful and exhausting. But, uh, but Aaron Toney, my stuntman, literally, I mean, he fell out of a car at 40 miles an hour. He, he got messed up on this movie. So kudos to him. [LAUGHS]”

When Mackie was asked about the training for his role as The Falcon:

“Uh, salmon, chickens, tunafish, asparagus.  And a cup of brown rice at noon.  Every day.  Uh, for three months.  I did in high school — high school football?     High school, I’m like — I ain’t a sexist, come on.  Sh*t, man.  Yeah.  They, uh, when we play — [LAUGHS] when we play high school football we used to do these things called 2 a days.  And basically six a.m. you wake up and you, you know, get ready, go to the gym for a hour.  And you do cardio, just like Jane Fonda sh*t.

And then you come home, and you just rest and eat every three hours.  Knowing at 7 p.m. you go to the gym, and literally lift that — whatever you can find, you lift it.  For about a hour and a half.  And then you go home and go to sleep.  And then you wake up and do it again.  For three months.  And it was by far the most — I mean, it’s a lifestyle.  You know, uh, fitness is a lifestyle, you have to eat a certain way.  You have to do a certain thing, you have to live a certain way.  So you know, me and my homeboy Jack Daniels stopped talkin’.  Uh, you know, no more, uh, pizza, like all the things I love.

Me and my girlfriend Haagen Dazs broke up.  She French, it was crazy.  So we, uh, you know, I just, I had to contain myself.  And then I show up and you know, Chris looks like a Greek god.  And I’m feeling good about myself, I’m like Spandex ready, you know.  And I show up and he’s like, Captain, you know, tiny a*s.  And I’m like, “Dude, how’d you get your a*s that small?”  Like this way, it’s that big.  You know. And I’m like, man size. Like, errrrrrrrrrrrrrr I can lift the whole building.

And I, I put my costume on, everybody was like, “Damn, we got to let out the air.”  So then aghhhhhhhh!  Uhhhhhhh.  But I made it through it.  [LAUGHS] I got together with my girlfriend Haagen Dazs.  Uh, [LAUGHS] so yes, so yeah, it was  a grueling three months.  And then you come and — how do you do that?” 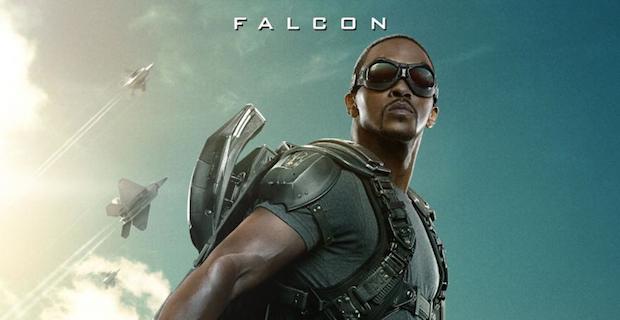 When Mackie was asked about working with Scarlett Johansson:

“Uh, it was fun. Uh, you know, Scarlett is just a regular chick. Like it’s weird, you expect her to be a diva or high maintenance or catty or need this. Or just so — an actress. But she’s a regular chick and she’s really low maintenance and cool and fun to be around. And you know, she just goes with the flow. And, uh, you know, I guess that comes with being, you know, ’cause she’s extremely talented. So I feel like a lot of people compensate for not being talented with being b*tchy. But she’s really talented. So she’s just like, “ Scarlett Johansson, let’s make it happen”.

Everybody’s like, “Oh, you’re Scarlett Johansson.” You know. That’s pretty much, uh, you know, the crew and everybody is just, she walks on a set and all the dudes are like, “Ahhhhhhhhhh.” You know. So it was fun, it was a lot of fun, she’s a very really down to earth, fun, cool, just regular chick.” 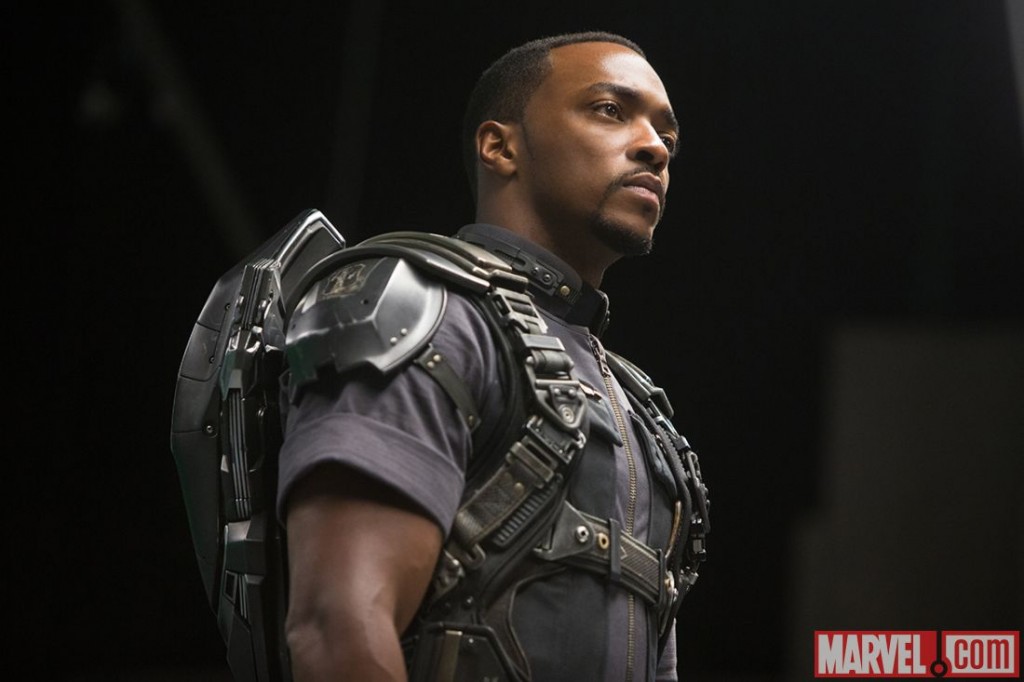 Anthony Mackie on being the first African American super-hero:

“Uh, you know, it’s, it’s funny you should ask that. Uh, [LAUGHS] it’s, it’s cool. I feel like, you know, when I was a kid, I really didn’t have that, you know, person I could look at, other than my dad, and be like, “Hey, I want to be that guy and fly through the window.” You know, you couldn’t be like seven years old and say, “Who do you want to be for Halloween?” “Shaft,” you know.

So [LAUGHS] you know, it’s really exciting. Uh, looking at — the biggest thing — and it always makes me emotional. I mean, when I first got this role I just cried like a baby because I was like, “Wow, next Halloween, I’m gonna open the door and there’s gonna be a little kid dressed as the Falcon.” You know, and that’s the thing that always gets me. It’s always, so I feel like everybody deserves that. I feel like there should be a Latino super hero, there should be, you know, I feel like Scarlett does great representation for all the other girls.

But there should be a Wonder Woman movie. I don’t care if they make 20 bucks, if there’s a movie you’re gonna lose money on, make it Wonder Woman. You know what I mean, ’cause little girls deserve that. They ne– there’s so many of these little people out here doing awful things for money, in the world of being famous. And little girls see that. They should have the opposite spectrum of that to look up to. You know what, I’m just trying to go with the flow with it. You know, like funny story. This is, there’s this craft store called Michael’s.

I don’t know where y’all came — No, no, no. Look, my sister knits. So she goes to Michael’s. Uh, and every now and then I’ll go there for something. So I went — [LAUGHS] my sister called me and she’s like, “Oh my god, I’m at Michael’s, picking up yarn.” And, uh, “You have a poster at Michael’s.” I’m like, what? She’s like, “There’s a poster, there’s a Falcon poster at Michael’s. I’m like, holy shit. She like, “I’m gonna come and pick you up, and we’re gonna see your poster in this store.” So I’m like, “Man, this is my oldest sister,” all right. So she picks me up. We get in the car, we go to Michael’s, we hurry up. [CAR DRIVING AND BRAKING NOISES]

We get to Michael’s. We go in, and I see the poster and I’m like, “Oh, this is….” She’s like, “I know, I know.” I said, “I’m gonna sign these posters.”  I was like, “That would be amazing, you buy a poster and it’s like, actually signed by the Falcon.” Like, it would blow my mind. So I go to the front, I buy a Sharpie, I run back to the back of the store. And she’s like, “I’m gonna take a picture of you signing it.” So I mean, we’re — so I’m in this store and I’m signing all the posters. The manager comes out, he’s like, “Hey, whatcha doing?” I was like, “Oh man, I’m signing these posters so when people buy ‘em, they’re signed.” He’s like, “Well, people are not gonna buy ‘em if they’re signed.”

He rolls up all the posters and goes to the front of the store. And I had to buy like 60 Falcon posters that I signed in my Michael’s. So you all are proud recipients of the signed Falcon posters from Michael’s! [LAUGHS] [AUDIENCE LAUGHTER AND CHEERS] So that’s kinda how — I’m just enjoying it. Man, I mean, there’s so many, you know, bad things that happen to us at entertainers and actors, that I feel like, when something good happen, you should take full advantage of it. 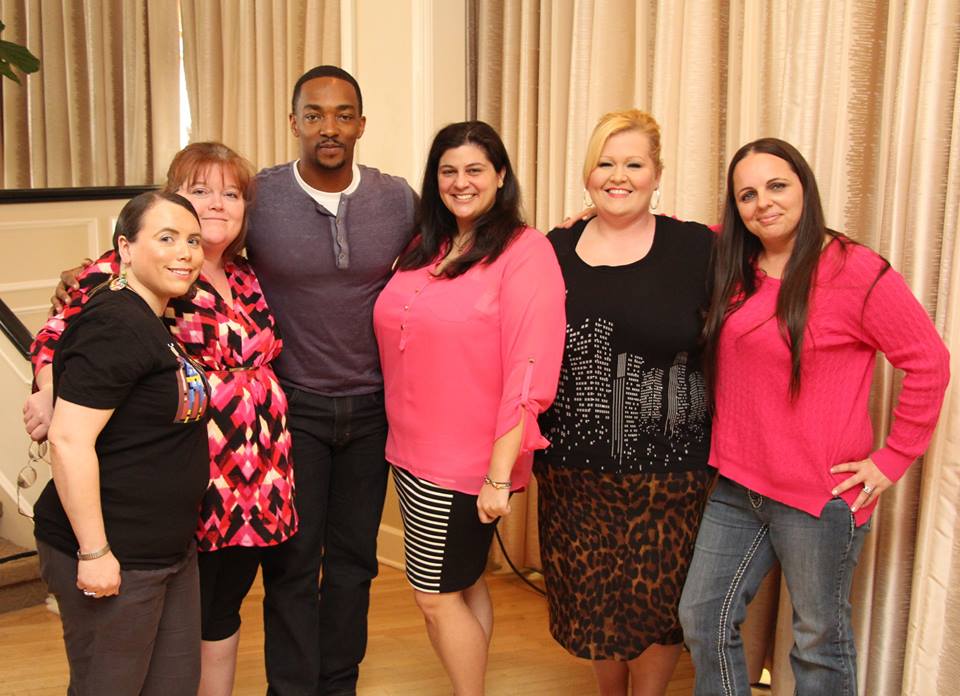 Interview With The Producer of Captain America and President of Marvel Studios: Kevin Feige #CaptainAmericaEvent