It’s no secret that I was in Anaheim enjoying Disneyland last week.  I have, now, been able to see Cars 3 three times!  Yes, three times!  I hope you have seen it too or plan on seeing it soon.  Cars 3 is my, personal favorite, of the three Cars movies.  Cars 3 had such an emotional connection for me, but also Cars 3 had LOU! 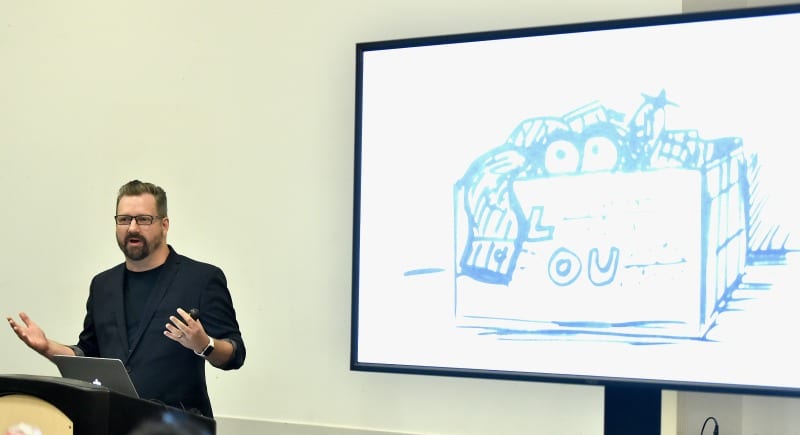 If you’re familiar with Disney/Pixar films, then you know that they start with a short film.  These films are only a few minutes long and tell a great animated story.  We were able to sit in an informational session with LOU’s Director Dave Mullins and Producer Dana Murray.  We heard all about how LOU came to be and what it took for this little film to be included in the ever-growing list of amazing Disney/Pixar short films. 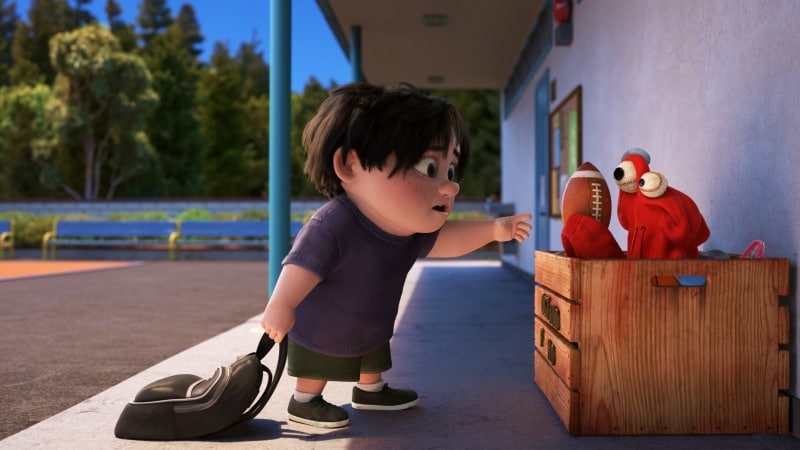 The first thing that stuck out to me was that Dave Mullins has been pitching short films to Pixar for almost 12 years!  That is a long time to stick with your passion to see it come to fruition.  I love that Dave Mullins was able to see his dream manifest itself in such a meaningful and adorable way.  As Dave was talking to us about LOU, he told us that the “JJ” on the boy’s shorts and on his stuffed animal in the film are his mother’s initials (Joyce Jean).  When his mom saw the film for the first time, she asked him if he thought she was a bully since he gave her initials to the “bully” in the film.  This was so cute because Dave, in no way, thought his mom was a bully.  What started out as a cute way to honor his mother, quickly became the source of many conversations between the two of them.

One thing that really left me thinking were the four parts that have to be in every Pixar film.  These are attributes that Dave Mullins said he used to build LOU.  The first attribute is heart.  Pixar films must connect with their audience emotionally.  The main character should be flawed in some way or experience personal growth.  The setting was another aspect that Pixar films are built around.  A Pixar film (even the short films) has to be able to transport the audience to a place they have never been before.  The next aspect of a Pixar film is, of course, entertainment.  The story must be unpredictable and funny.  Lastly, but certainly not least, the film must be animated.  Each Pixar film uses animation to the fullest! I never really gave it much thought before this presentation, but all of these attributes are in each and every Pixar film! 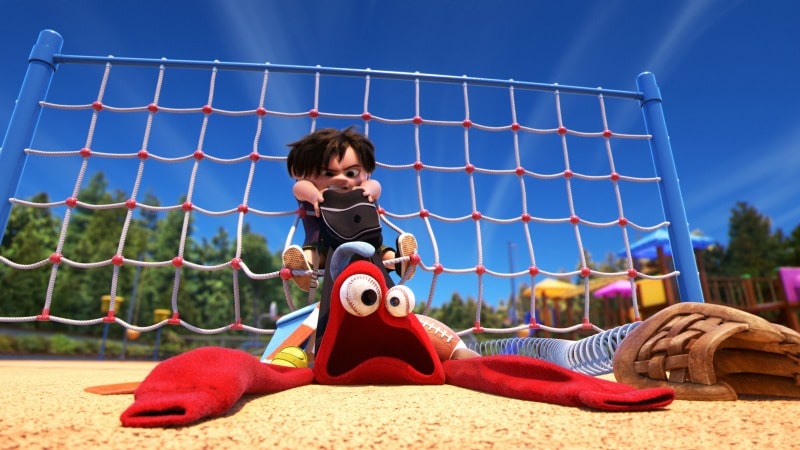 LOU was originally going to be called “Lost And Found” but the name was already taken, so they opted for LOU, which comes from the letters in LOst and foUnd; you’ll see this in the film too.  There are quite a few Easter eggs in LOU that you may or may not pick up on.  The first time I saw it, I picked right up on the E.T. reference.  I think you’ll be able to pick up on that one right away too.  LOU closes with a tribute to Dave Mullins’ dad, who passed away during the making of the film.  This is such an adorable and emotional short film.  It is the perfect precursor to Cars 3, which is also adorable and emotional.  I cannot wait to hear what all of you think about it!

When a toy stealing bully ruins recess for a playground full of kids, only one thing stands in his way: the “Lost and Found” box.  For Director Dave Mullins, who moved frequently as a youth, creating a hidden character was the initial inspiration for his short film “LOU.” To a new student first days at school can be isolating and scary, recalls Mullins “You either feel invisible because you don’t know the other kids or you’re embarrassed and you want to be invisible. I thought it’d be really cool to have a character who could hide in plain sight.”

Lou must manage the unkind behavior of the schoolyard bully J.J., who has not yet learned that giving can be so much more fulfilling than taking away.  “Bullies are usually just acting out because they’re awkward or young and don’t have their moral compass set. In a weird way, they sometimes feel invisible, too,” Mullins says. “If you can find out what their motivations are, maybe you can solve some things. “That’s what I like about Lou: True happiness comes from giving,” the director says. “Lou gets J.J. to understand that.”