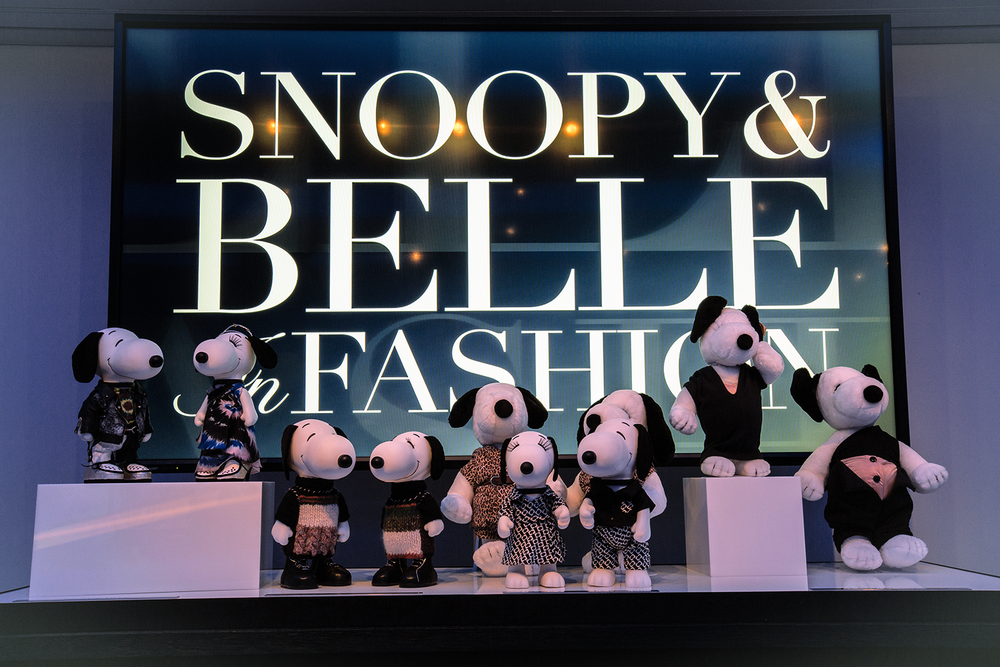 Earlier this year, Peanuts Worldwide announced that international fashion exhibit “Snoopy & Belle in Fashion” will bring its couture style home to the U.S. in 2017 for a multi-city tour that launched on February 14 at the Beverly Center in Los Angeles and culminates in the fall in New York City during New York Fashion Week!  If you’re a Peanuts and Snoopy lover like we are around our house; you are squealing right now! 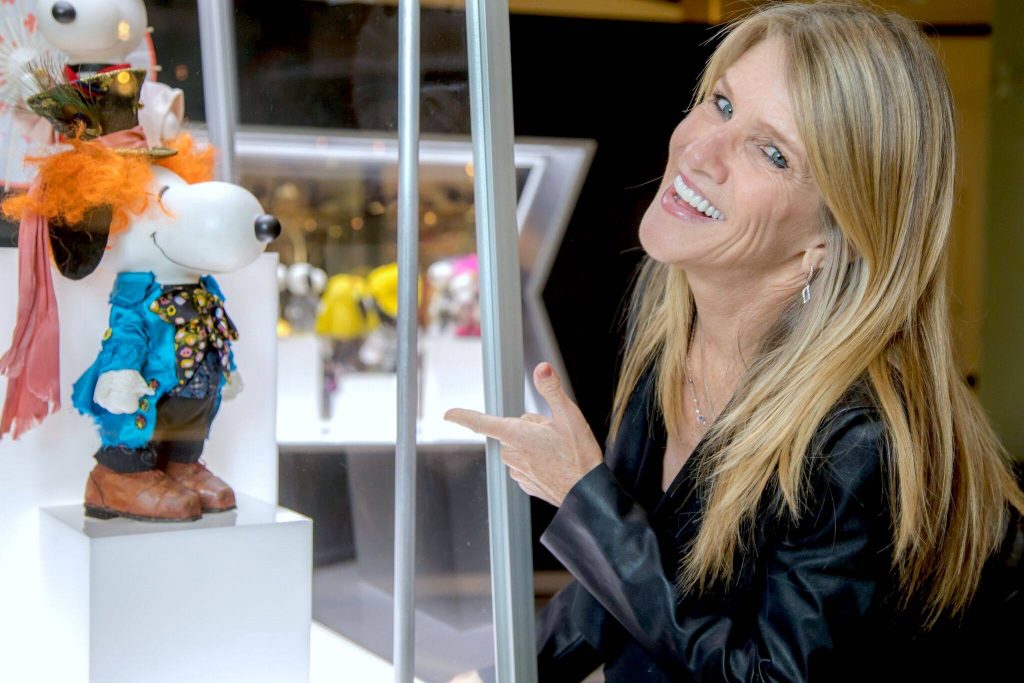 “Snoopy and Belle have been fashion icons for decades, and we’re very excited to bring their internationally beloved style—which has inspired the greatest designers of our time—to the fans who love them most, right here in the U.S.,” said Jill Schulz, daughter of Peanuts creator Charles M. Schulz.
A new Snoopy and Belle in Fashion app will guide visitors through the exhibit and provide insider information about the history of the brand and the designers. A directory within the app also allows fans to navigate locations within the Beverly Center where customers can purchase Peanuts product, as well as the designers’ wares. The exhibition will visit the following cities: 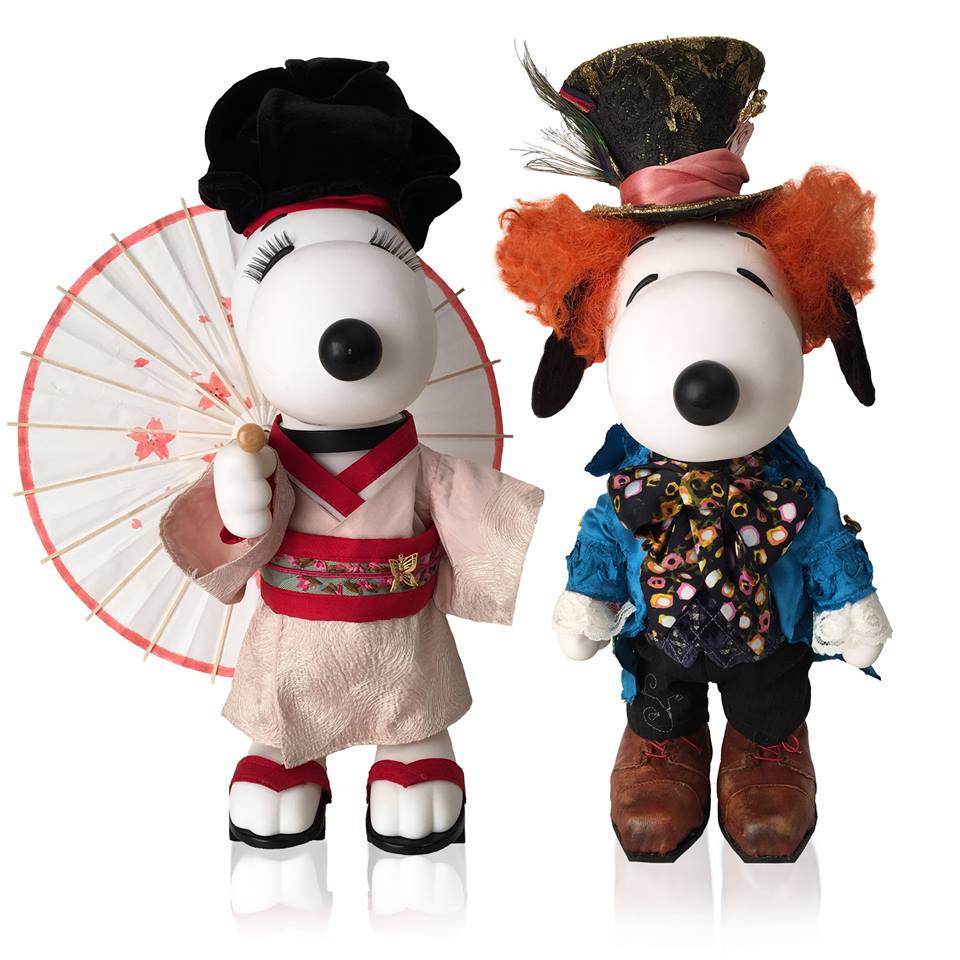 In a conversation with Jill Schulz, the daughter of Peanuts creator Charles Schulz and Melissa Menta, Senior Vice President of Marketing and Communications for Peanuts Worldwide LLC, and the producer of the Snoopy and Belle In Fashion Exhibit, we learned all of the amazing details about Snoopy & Belle in Fashion:

Melissa, can you tell us about the exhibits and how they came to be?

“Sure!  We’re really proud of this exhibit.  It’s a reimagination of an exhibit that first premiered in 1984.  A woman who was in charge of spearheading Peanuts merchandise in Japan went to Charles Schulz, or Sparky as he was called, and asked if she could do this exhibit.  He said “yes” and she pulled off this amazing feat of getting all the major designers in the world to design outfits for Snoopy and his sister Belle.

The original exhibit was called “Snoopy in Fashion.”  They were plush dolls dressed by famous designers like Chanel, Betsey Johnson and everyone you could possibly imagine.  Those dolls have been travelling the world ever since.

In 2014 we decided to reimagine the exhibit and got all new designers plus some from the original exhibit.  Since then, we’ve been showing the exhibit around the world, and adding new designers.  There were 25 designers in 2014, but the current exhibit on display at the Beverly Center in Los Angeles has close to 50 sets of dolls representing almost 50 designers.  The new dolls in LA come from designers like Rachel Zoe and Academy Award winner Colleen Atwood.

I’m actually standing at the exhibit right now and it’s absolutely beautiful, so I hope whoever is local can come see it.” 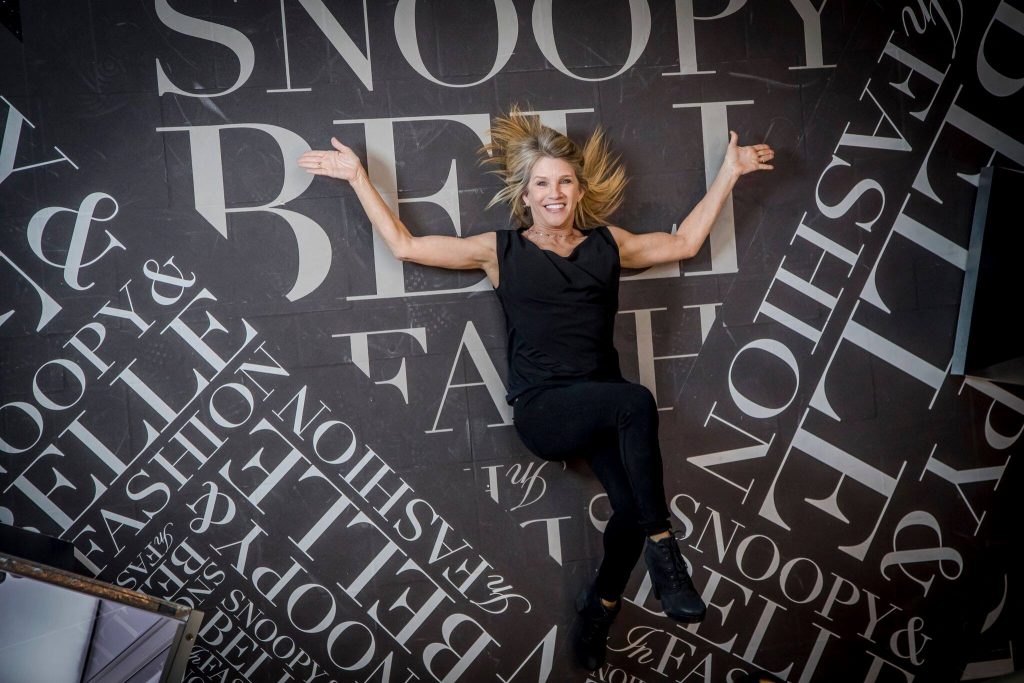 How did you pick the designers?

Melissa:  Some of the designers like Betsey Johnson and Diane Von Furstenberg were part of the original exhibit.  Other designers we knew had an affinity for Peanuts.  We went about it in a really fun way by inviting the designers to participate via an interactive iPad.

What’s the overall goal of the exhibit?

Melissa:  What’s interesting about Peanuts is that it speaks to people in different ways.  Whether you go to an amusement park or see the Peanuts movie, but it’s also a fashion brand.  If you talk to people in Europe, they see Peanuts as a fashion brand so this is a new way of showing Peanuts to be fashion forward and allowing people to enjoy the characters. 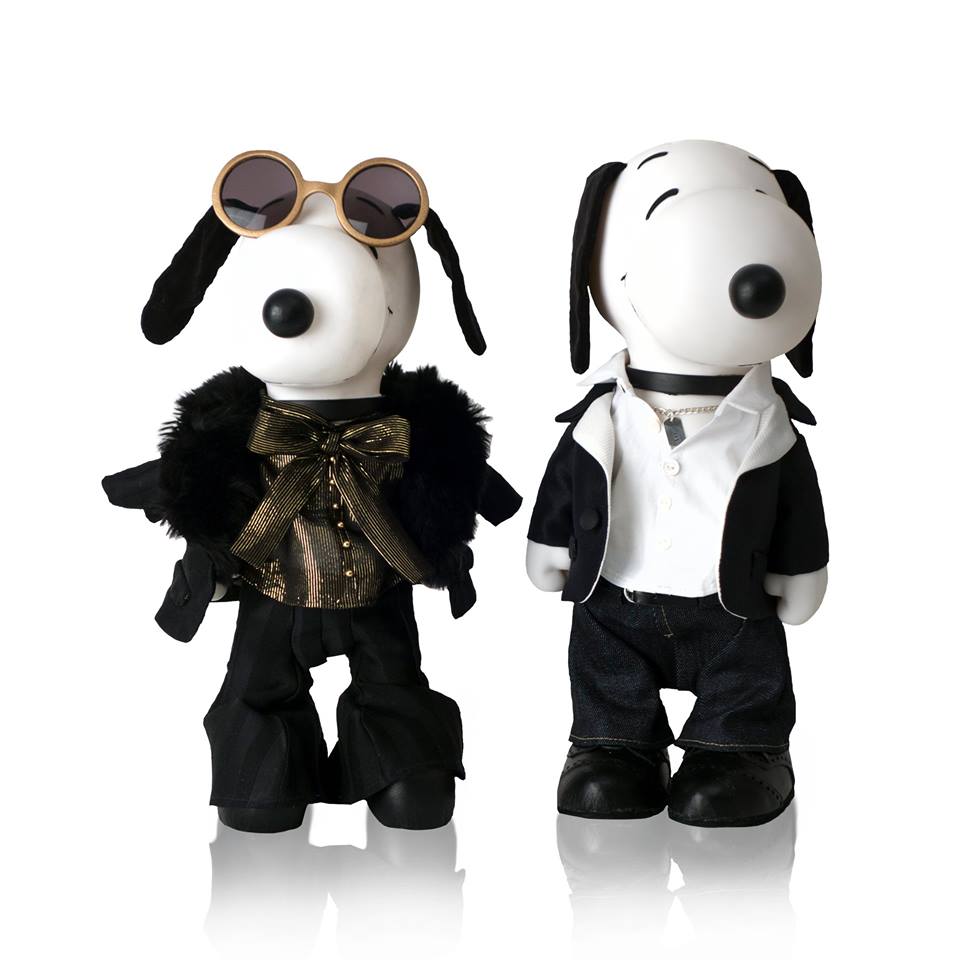 Jill, What would Sparky think of this?

“I know he would love it.  My Dad never liked to travel.  He always said, “I’ll go anywhere as long as I can be home by noon.”  So it was a great feat when he traveled to Paris to see the original exhibit at the Louvre in 1984.  It was a testament to his interest and respect to what these designers were doing with their talents in relationship to his characters.  There were many other times when he was going to be traveling overseas and would change his mind within 24 hours of leaving and not go.  But the 1984 trip was one he looked forward to.  He always had a great respect for all people, their art, and entertainment. “

Would he consider himself fashion forward, or fashionable?

Jill: *laughs* My Dad?  No, not at all actually.  He was a slacks and sweater guy.  He wasn’t one to have a celebrity lifestyle.   He wasn’t even a fancy restaurant person.  That doesn’t mean he wasn’t interested in fashion. He produced an ice show at the local ice arena for 30 or more years, and always supported the costume designer and took a great interested in making the show look good.

He wasn’t into the fashion himself, but if he did go to a special event or awards show he always dressed well.  He would come out in his suit, stand extra tall and say, “What do you think Jill?  How does this look?”  He was probably a closet fashion guy, and loved dressing up when he had the chance, but there wasn’t much need for it in his day to day lifestyle. 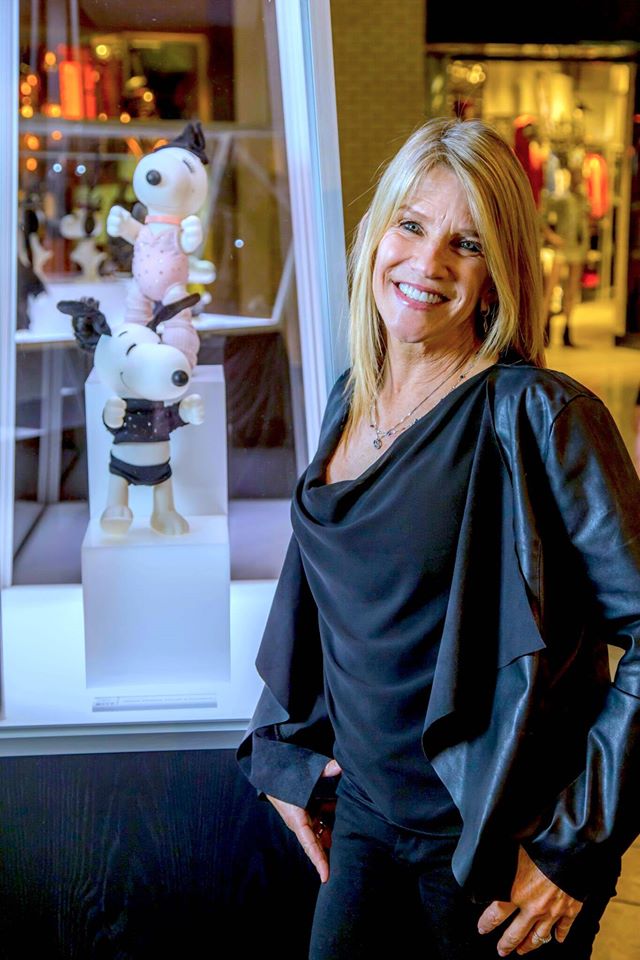 Jill, do you have a favorite?

“There are so many great ones and I like them all for different reasons.  Out of the memories of the 80s, living in LA and wearing Betsey Johnson all the time, I gravitate towards her designs more.  So I would say Betsey Johnson just out of loyalty, but they’re all so great.  It’s hard to have a particular favorite.”

Melissa:  Jill makes a really good point about Betsey.  She was part of the exhibit in 1984 and 2014, and when Twentieth Century Fox was preparing for the premiere of the Peanuts film, they asked me who would be good to create a look for Lucy that they could animate for the red carpet.  Like Jill, I said “Betsey Johnson.”  It was a no-brainer.  She’s a special friend to Peanuts. 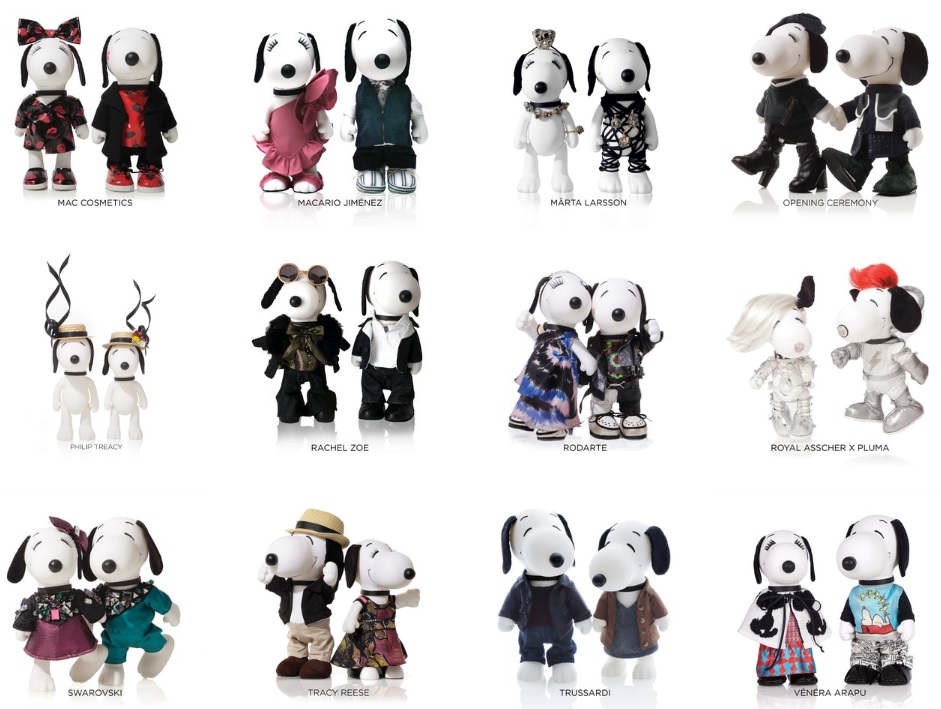 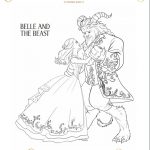 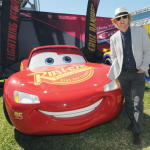