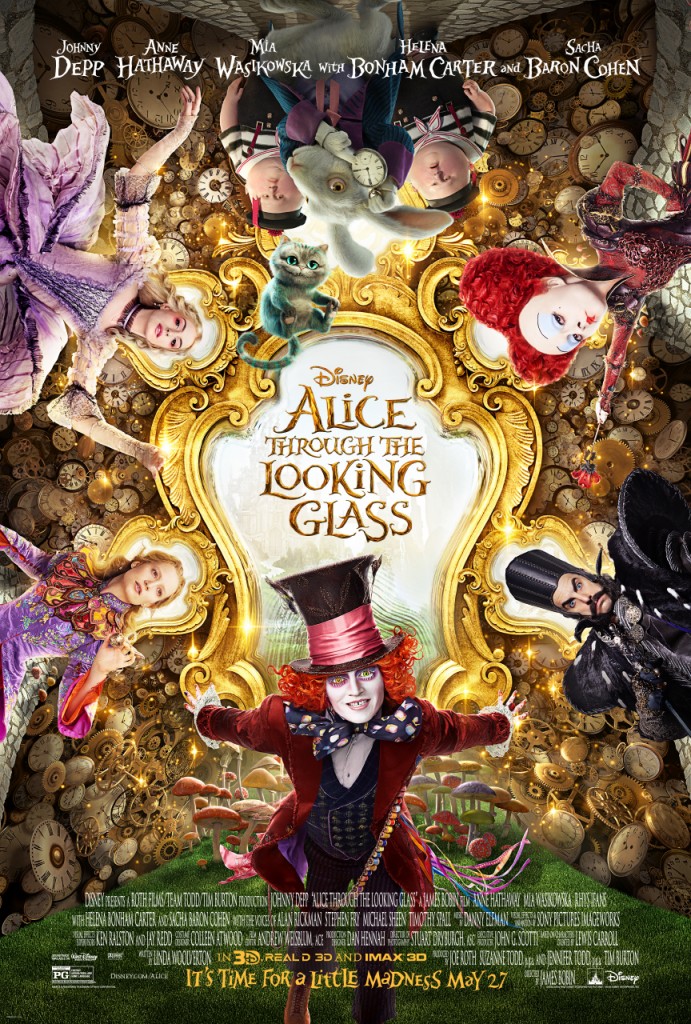 I’m telling you right now; finding out that P!nk is going to partner with Disney’s Alice Through The Looking Glass is the news of the year!  I’m pretty sure my neighbors could hear me screaming when I read it in the news.  P!nk is my all-time favorite woman/artist/singer/everything!  Her voice and music style are amazing and timeless. Check out the new poster and a brand new look at Disney’s ALICE THROUGH THE LOOKING GLASS featuring P!nk’s cover of the iconic song “White Rabbit.” P!nk will write and record an original song for the film and you can get a behind-the-scenes look at P!nk’s cover of “White Rabbit” in this featurette.

Since her debut in 2000, P!nk (Alecia Moore) has released seven records, sold over 60 million albums, over 130 million singles, over 2.4 million DVDs worldwide and has had 14 singles in the top 10 on the Billboard Hot 100 chart (four at #1). In addition, she is the recipient of three GRAMMY® Awards, three Billboard Music Awards, six MTV Video Music Awards, two MTV Europe Awards, two People’s Choice Awards and was named Billboard’s Woman of the Year in 2013.  Her “The Truth About Love” World Tour played 142 shows in 13 countries. In the fall of 2014, she released a side project with singer/songwriter Dallas Green entitled “You+Me.” Their album, “rose ave.,” debuted at #1 on Billboard’s Folk Album chart and #2 on Billboard’s Digital Album chart. In 2015, P!nk became the newest UNICEF Ambassador. She is also a huge supporter of various charities, including: Make a Wish Foundation, Autism Speaks, Human Rights Campaign and No Kid Hungry.  She is currently a spokesperson for COVERGIRL, and made her acting debut in Lionsgate’s “Thanks for Sharing,” alongside Gwyneth Paltrow and Mark Ruffalo.

In Disney’s “Alice Through the Looking Glass,” Alice returns to the whimsical world of Underland and travels back in time to save the Mad Hatter. Directed by James Bobin, who brings his own unique vision to the spectacular world Tim Burton created on screen with “Alice in Wonderland,” the film is written by Linda Woolverton based on characters created by Lewis Carroll. The producers are Joe Roth, Suzanne Todd and Jennifer Todd and Tim Burton. John G. Scotti serves as executive producer. “Alice Through the Looking Glass” reunites the cast from the 2010 worldwide blockbuster phenomenon, including Johnny Depp, Anne Hathaway, Mia Wasikowska, Matt Lucas and Helena Bonham Carter and introduces new characters played by Rhys Ifans and Sacha Baron Cohen. Also back are the talented voices of Alan Rickman, Stephen Fry, Michael Sheen, Timothy Spall, Barbara Windsor and Paul Whitehouse, and they are joined by Toby Jones.

Disney’s Alice Through the Looking Glass opens everywhere May 27!