Richmond, VA is a city that seems to be made up of several small towns. It’s the capital of Virginia and has distinct districts, each of which has a unique identity. One of the oldest American cities, Richmond was settled in 1607 but mainly a trading post until 1742 when it became a city. Richmond is also rich in Civil War history, but today, visitors go there for the lively downtown scene, famous restaurants and access to many outdoor activities.

There is a wide selection of Richmond hotels including the Richmond Marriott, hostels and Airbnbs. If you’re looking for cheap accommodation, it’s best to visit during the low season. This is a good time for skiing and snowboarding at the nearby ski resorts. The high season is from May through October when the hotel rates are higher, but there are still places to stay that won’t break your budget. If you are planning to visit Richmond, these five travel tips may help.

1. Take a Canal Cruise – This will give you a good overview of the history and geography of the city. You’ll also see the navigable part of the James River and the old Tobacco Row. You may also see some wildlife on the verdant banks. The tours run from early April to the middle of November on the weekend and on Wednesdays and Thursdays as well during the summer months. Tours depart on the hour.

2. The best nightlife is in the Shockhoe Bottom district. Formerly a warehouse district and the place where author Edgar Allen Poe died, today, it has been renovated into up-scale nightclubs and bars. This is where you’ll find live music and dancing. There is also a great variety of restaurants from gourmet cuisine to fast food. During the day you can visit the 17th Street Farmers’ Market, which is one of the oldest in the country. It is full of fresh, seasonal produce and many other things.

3. It’s worth visiting The Jefferson. It is an elegant, beautifully decorated historical hotel built in 1892. It has received presidents from McKinley to Roosevelt as well as celebrities from the Rolling Stones to Dolly Parton and Elvis Presley. David Niven once stayed there on his way from New York to Florida and was startled to see a full-sized alligator in a pool in the lobby. Since then, the alligators at the Jefferson have become world-famous.

4. When you get tired of the city, take a break at the Lewis Ginter Botanical Garden. It is a wonderland of beautiful architecture, manicured grounds and lots and lots of blooms. There are several areas such as the Four Seasons, the Healing and Sunken gardens. The Gardens hold several annual events such as the Goblins and Gourds Halloween, the GardenFest of Lights in November and January and the Spring Fling in May.

5. Save money by staying in a vacation rental. You can also look for an Airbnb. If you have a kitchen, you’ll save a lot on food because you won’t need to eat in a restaurant every meal.

Richmond is a diverse and innovative city with a lot of firsts under its belt. It was the capital of the Confederate States as well as the seat of the first African-American governor. It set up the first electric streetcar system and has always supported talent in any field. 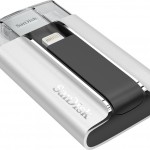 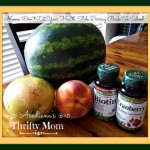 Moms, Don’t Let Your Health Slide During Back To School